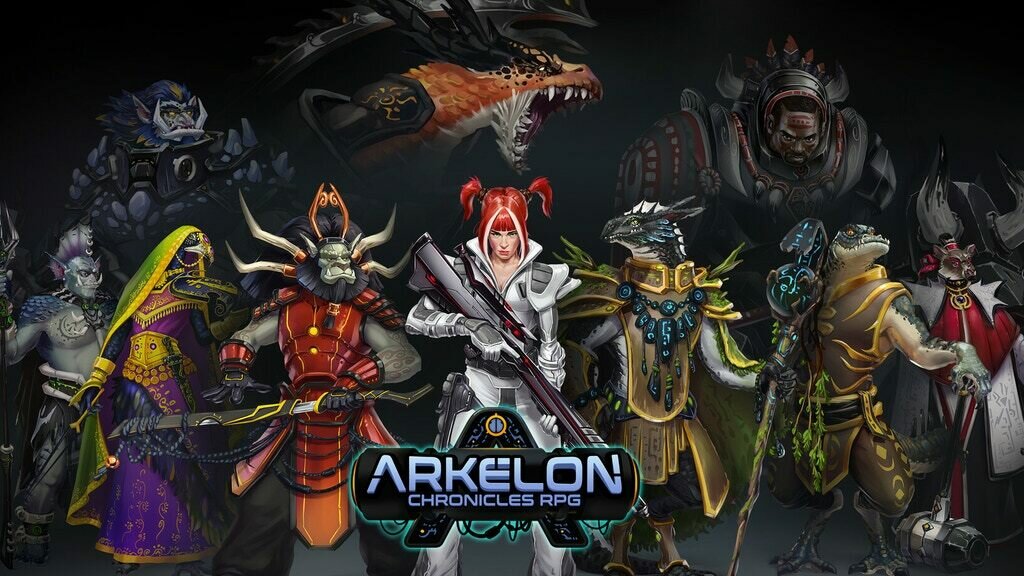 What is different about Arkelon Chronicles?

Arkelon Chronicles is set in a science-fiction/fantasy world, in which mighty wizards can fight advanced robots. Taking place in a modern world, the characters must always evaluate their actions, as news travel fast in a world of social medias and fast networking. Characters and creatures also have many ways to act while it isn’t their turn, via reactions(that can be anything from attacks of opportunities, to spells, to special abilities, to defenses), keeping each player on their toes, never knowing what a creature will suddenly throw at them.

Also, although some races might be familiar, we try to bring a breath of fresh air to old classics, as well as integrating brand new ones. Classes where also thoroughly tested and observed, to be sure they where all unique and special, with their own set of strengths and weaknesses.

What is different from a D20 system?

The game uses Polyhedral dice sets, and uses a D20 to resolve most conflicts. Skill checks, saves, attacks and defense uses the D20+any modifier to get a result, but combat uses a comparative system, within which the attacking creature rolls a D20+any modifier, and the defending creature rolls its own dice, adding its own defense modifier. If the result is equal or higher, the defending creature avoids the attack. The game uses an action point system, making it simple to plan a turn.

​Creatures can also use many different reactions, from spells, to attacks, to defenses, to very dangerous abilities. In Arkelon, your turn does not always end when you have no more actions, and enemies can always surprise you, even though you know what you might be against.

BackerKit is a service that crowdfunded project creators use to keep track of hundreds to tens of thousands of backers—from shipping details, pledge levels, preferences and quantities, whether they have paid or had their card declined, special notes, and everything in between!

The BackerKit software and support team is independent from the campaign’s project team—BackerKit does not handle the actual reward shipping. For more information about the preparation or delivery status of your rewards, please check the project's updates page.

How does BackerKit work?

After the campaign ends, the project creator will send you an email with a unique link to your survey. You can check out a walkthrough of the process here.

I never received my invitation. How do I complete the survey?

The most common reasons for not receiving a survey email is that you may be checking an email inbox different from the email address you used to sign up with Kickstarter, Indiegogo or Tilt Pro account, or it may be caught in your spam filter.

Confirm that the email address you are searching matches the email address tied to your Kickstarter, Indiegogo, or Tilt Pro account. If that doesn’t work, then try checking your spam, junk or promotions folders. You can also search for "backerkit” in your inbox.

To resend the survey to yourself, visit the project page and input the email address associated with your Kickstarter, Indiegogo or Tilt Pro account.

How do I update my shipping address?

When will my order be shipped, charged or locked?

That is handled directly by the project creator. BackerKit functions independently of the project itself, so we do not have control of their physical shipping timeline. If you want to check on the project’s status, we recommend reading over the project's updates page.

I completed the survey, but haven't received my rewards yet. When will they arrive?

As BackerKit does not actually handle any rewards or shipping, the best way to stay updated on the shipping timeline would be to check out the project's updates page.